Spain has a culinary style all their own. If you want to sample the best food that Spain has to offer then a trip to the Andalusian city of Málaga is a must. The day of a Spaniard typically consists of enjoying coffee in the morning, working a little, taking an afternoon rest (or siesta), working a little more, then retiring in the evening by eating tapas and drinking good wine with the people they love. Eventually, by the wee hours of the morning, they rest to do it all over again the next day. If that doesn’t sound like a slice of heaven, I don’t know what does.

This is a list of foods that are staples in Spanish cuisine and famous in this region. I’ve broken down some of the best for you to try the next time you go to Malaga, Spain!

A trip to Spain wouldn’t be complete without treating yo’ self to some churros and hot chocolate. Now if you’re thinking that you aren’t a fan of the powdered cocoa hot chocolate that us gringos are used to then rest assured, Spain’s version is nothing like that. They quite literally melt an entire bar of dark chocolate, pour it into a cup and call it a drink. Hold on though, it’s about to get even better. Alongside this “drink” is a plate of homemade, fresh and still warm churros that are dying to be dipped into that chocolate.

This dish is a must for anyone with a sweet tooth and there’s no better place to try it then Casa Aranda. They’ve been whipping up these sweet delicacies since 1932 and my philosophy is that if you’ve been doing something for almost a hundred years you must be doing it right.

This is the perfect summer drink, I mean, its name translates to “red wine of summer”. And even though I was in Málaga in March…I was still trying to exude those Latin summer vibes. The composition of the drink is actually super simple and can be easily recreated at home. Similar to sangria, it’s one part red wine and one part lemonade (sometimes 7up or sprite) served over ice and garnished with a lemon, the drink is refreshing and one of my personal favorites.

The best one I had was at Bodega Bar El Pimpi. This is one of the oldest tapas bars in Málaga and a famous staple in the city center. Their walls are lined by barrels filled with wine and signed by famous celebrities (like Málaga native Antonio Banderas aka Daddyyy). They have four different seating areas, an outside area, and the inside has two levels and a bar section. The place is one massive sprawling labyrinth that is always bustling, even into the wee hours of the night. With two different entrances on two different streets, it’s a spot you can’t miss. The wine list is extensive, the food is stellar and the tinto de verano is the best.

Sangria is one of my favorite boozy drinks to have….period. Growing up with Portuguese parents, sangria was at every family function and once I was finally old enough to try it, I LOVEDDDD IT. The perfect drink to relax with on a hot day. A few of those will have you dancing on table tops in no time (I may or may not know from personal experience). The drink can be best described as fruity, sweet, smooth and refreshing. Fresh fruit is added to a pitcher (typically oranges, lemons, apples, pears) then a splash of orange juice and brandy is added. Fill that pitcher up with ice, pour red wine over it and stir. DONE. The Spanish gifted us with this heavenly recipe so it only makes sense to sample it while in Spain and sample it often. The best sangria can be found at La Taberna de Monroy a really small tapas bar that had olive oil that was so good I wish I bought 12 bottles of it.

Málaga is right by the ocean and for quite some time, a massive port city. This means that for Malagueños, it’s customary to have seafood at every meal and the options are ENDLESS. There is always a catch of the day at any restaurant you go to and the seafood options outweigh any other option 4 to 1. One of those options I kept seeing was pulpo, octopus in English. This meal isn’t for the faint of heart, merely for the presentation reasons. When we ordered the pulpo, out came a cooked octopus on a plate, head, tentacles, the whole 9 yards. At first, I was like “Oh hell no, I’m backing out of this, there’s a whole frickin’ octopus on the plate.” Then I remembered I’m trying to be more open-minded and willing to try new things….including this. I’m glad I did, once I got past the texture, I found the taste to be really light and similar to lobster. The spices blended beautifully and I would absolutely have it again.

If you want the real deal experience then head to Restaurante Cortijo de Pepe they are famous for their seafood. Offering the highest quality and everybody knows it. Which is why we still had to wait for a table to eat at midnight on a Friday night. That’s when you know it’s going to be worth it.

Tapas are part of the fabric that encompasses Spain’s culture. You gather up some friends, grab a table and order everything that catches your eye. Small plates will quickly fill up your table and everyone grabs a fork and digs in. The options are endless and range from hot to cold. Sample all of them! Aceitunas or olives to start. Followed by queso or cheese. Add un poco de mariscos aka some seafood. Try the Spanish tortilla which is more like a frittata, chorizo, or croquetas filled with ham, cheese and a filling similar to mashed potatoes. My go-to is albondigas, which are Spanish meatballs in a garlic tomato sauce with a little kick to it often served with hand cut french fries. I COULD EAT A THOUSAND OF THOSE THINGS AND DEEP DOWN WISH I DID.

Then there’s the grilled pimientos de padrón or padron peppers, patatas bravas or small potatoes covered in a roasted tomato aioli sauce. All unprocessed, all delicious and all raced to your table by the nicest staff Málaga has to offer.

A sampling sesh can be best done during lunch (at 4:30-5pm…I’m not kidding) at Pepa y Pepe (Permanently Closed). The restaurant will be packed, it will be loud and your table will be full in no time. The last time I went, my party ordered so much food they had to bring a second table over. Something I’m actually pretty proud of lol. Your plates will stack as your stomach grows and you’ll get to sample all of the flavors Málaga is famous for.

Pie-ey-a (double LL’s make a Y sound in Spanish), say it with me, and say it loudly because you are in PAELLA country now. This is probably the first thing that comes to mind when you think of Spanish cuisine. Its reputation precedes itself. Rice seasoned with onions, peppers, saffron, tomato, garlic, paprika all thrown into a massive pan with fresh seafood. Usually, the seafood is mussels, shrimp (prawns), calamari, scallops and whatever else washed up on a fisherman’s boat that day. This mixture is cooked on a simmer for at least a half hour until all those good juices are soaked into the rice making it so tender it melts in your mouth. A giant pan will be brought to your table and laid in front of you or prepared for you tableside with a giant shrimp placed right on top.

If you want to see the ladder of those options you need to try this dish at one of my favorite restaurants in Málaga, El Chinitas. The restaurant is tucked down a side street and decorated in a quintessential Spanish style. Dark amber walls, large portraits of matadors, the countryside and flamenco dancers, bright tablecloths, a bustling bar with cured pig legs hanging from the ceiling and a piano player in the background surrounds you in this unique atmosphere.

Jamόn Ibérico is a type of cured ham that is most often found in Spain and Portugal. There are rules and regulations set forth by the Spanish government outlining what can be considered jamόn ibérico. Certain pigs have to be used and they have to come from a particular region. No jokes here guys, Spaniards take their cured meats VERY seriously. You will find cured pig legs hanging from most Andalusian bar or market ceilings and when the time is right they take it down, strap it to a device, cut off some slices and bring them right over to you.

Sure I could have added this to tapas because you can find it on every tapas menu in Málaga. BUT, Manchego cheese is so good it deserves to be in a category of its own. Manchego is a sharp, hard Spanish sheep’s milk cheese. This cheese has a crumbly, buttery, smooth texture and it’s both sweet and salty at the same time (YUM). You can eat it alone or melt it on top of your meals. I sampled a BUNCH of Manchego cheese while I was in Spain but my favorite in Málaga was definitely at La Taberna de Monroy.

Different than their Californian brothers, Marcona almonds are buttery delights that are crunchy on the outside and soft in the middle. I could eat these all day and they can be found all over Málaga. Marcona almonds are grown exclusively in Spain which means that back in The States they cost a small fortune. Even if I do find them at a specialty market, I usually am never willing to drop the obscene amount of money that they cost. In Málaga, they cost you a couple of coins and the best place to get them merely for all of the different options is the Mercado Central de Atarazanas. This open-air market is also perfect if you want to get an idea of the madness that goes into a central market of a Spanish city. You’ll find hoards of people sampling the beautiful displays of an array of food. There will be cheese stands, meat stands, juice stands, fruit stands, vegetable stands, bread stands. A little bit of everything.

Let’s just face it. Europe, in general, has way better ice cream than back in The States. I’m willing to stand by this claim if there are any objectors. No….? Well then let’s continue, the ice cream is creamier, the flavors are better, and when you eat it you can tell that it’s not jam-packed with artificial nonsense. Which means that yup, I eat A LOT of ice cream whenever I’m in Europe and Málaga is no different. If you want one of the best ice cream cones you’ve ever eaten in your life then head over to Helados y Turrones Casa Mira.

Another longtime staple in the city, Casa Mira was founded in 1890 and even after all this time still draws lines that flow out the door and down the street. One of the best parts….it’s open until 10:30PM (Sunday-Thursday) and 12AM (Friday & Saturdays) for all of those late night cravings.

When food is a staple of a country you know you’re going to eat well. In Spain, good food represents all they stand for. Taking breaks from all of the hectic moments life presents to slow things down and fill your stomach while you laugh with those you love. It’s a perfect way to live life and when you finally make the visit your stomach will thank me for all of these suggestions. ¡Diviértete en España! 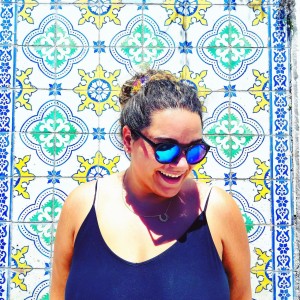 Cozy Romantic Getaways in the UK