An Essay by Haven Mitchell-Rose

Ok, I need to talk about the blatant fatphobia in Netflix’s Roald Dahl’s Matilda the Musical. To be clear, I loved many other aspects of this film adaptation- the performances were powerful, the sets were vibrant, and the songs brought me to cathartic tears. However, parts of this iteration of the character Bruce were painful to watch.

Let’s begin by acknowledging that Roald Dahl, as a writer, has historically been unkind in his depictions of fat people. Bruce, as well as Augustus Gloop from Charlie and the Chocolate Factory, are prime examples of Dahl falling into the all-too-common trap of using fatness as literary shorthand for moral ineptitude.

This is not great, but the Matilda book was published in 1988 and could have remained a relic of a more unabashedly fatphobic time but for the fact of the portrayal of Bruce in the 1996 film of the same name. As a fat child, I was traumatized by the infamous cake-eating scene. It made me feel shame in my body like there was something wrong with me. It was brutal then, and it’s brutal now. However, it is worth noting that the film version of Bruce was played by an actor who I would describe as fat, Jim Karz. I don’t know if Karz identifies as fat, feels comfortable with that language, or if he even remains a large-bodied person navigating the entertainment industry. I do know that fat actors are often overlooked (even for fat roles!) in favor of thins ones in fat suits. This is not only insulting and damaging to fat performers, but it deprives everyone of valuable fat representation.

This brings me to the iteration of Bruce in the latest Netflix adaptation. Fat suits are problematic enough, but the choice to throw a literal pillow under actor Charlie Hodson-Prior’s shirt and call it a day, baffles me. Additionally, this version of Bruce falls into many harmful fatphobic tropes:

In considering who I think should play this role, I recognize that doing so might be traumatic for a fat actor, especially if they are a child. I am thinking specifically of being forced to publicly eat far past the point of satiation as PUNISHMENT in front of a room full of straight-sized people. Even if those people are cheering for you while simultaneously arguing about whether or not you can finish the cake in front of you. And do you really even win if you do? The trauma has already done a number on you.

It’s disheartening to me that across the many adaptations of Matilda that we’ve seen, creators reimagined so much of the original source material, but were unwilling to interrogate this glaring fatphobia.

As such, I have always wondered about the triumph that permeates every version of this scene, so let’s unpack it. As Bruce is eating, the cheers build around him, and when he finishes the cake the crowd of students and school staff goes absolutely wild. After setting down his fork every version of him looks at Ms. Trunchable with a mixture of defiance and satisfaction. Why? Can it really be as simple as he accomplished something difficult that an oppressive authority figure thought him incapable of? As basic as, “That’ll show her!”? Part of me thinks that while perhaps this is the intention behind this scene if we examine it more deeply, a much more sinister motivation emerges. Making food a punishment complicates the simplicity of the potentially intended message. Food should never be a punishment. Then add to this scene the fact that it showcases a fat child’s relationship with “unhealthy food,” and the complexity grows.

Would it change the meaning or impact of this scene if Bruce was forced to eat broccoli instead? Well, then it becomes that scene from The Office in which Michael forces Kevin to publicly eat raw broccoli. Both scenes are meant to inspire shame in fat characters and blame them for their fatness. Kevin says, “This is a new food for me…” and appears not to know how to eat it. This indicates stupidity (the one common fatphobic trope that Hodson-Prior’s Bruce seems to have evaded) and implies that Kevin’s fatness is his fault because he made the wrong dietary choices.

If Bruce was forced to eat broccoli the goal would still be to shame him, the message being, “This is what you should be eating and clearly you’re not so you’ve made the wrong choice.” This was also the message to Kevin. However, there is something extra vindictive about the choice to make the fat kid eat cake. Chocolate cake in particular is decadent without being nutritious. It flies in the face of the “food as fuel” argument. In other words, it’s not “necessary”. The shame being communicated to Bruce with this set of circumstances is, “You made the wrong choice of what to eat, and now you must suffer the consequences.” Ultimately, the messages of shame are the same. So, while the kind of food does not change the impact of the scene it does alter its tactics for conveying its message.

The biggest difference though between the Office scene (for the record I mostly love this show!) and the Matilda one, is the responses of the witnesses. It could be argued that Michael Scott, like Ms. Trunchable is an oppressive authority figure who the employees of Dunder Mifflan might want to “stick it to.” However, rather than doing this by giving in to mob mentality and egging Kevin on to eat the broccoli, they support him by saying, “you don’t have to do this,” and by admonishing Michael. Conversely, the triumph of Bruce’s spectators communicates a ghoulish glee, a morbid fascination in watching a fat person eat. This is masked as support for Bruce as he faces a challenge, but it feels barbaric to me.

Miss Honey, who is an adult and portrayed as kind and nurturing, has the most extreme reaction, noteworthy because it’s read as her standing up to Ms. Trunchable, so it cannot be argued that this is a case of children not knowing any better. No one says to Bruce he doesn’t have to do this. No one seems to have a problem with what is happening until Ms. Trunchable goes back on her promise that if he eats every crumb of the cake, he will be forgiven for stealing the original piece. Only then does Matilda say, “That’s not right! You can’t just change the rules, that’s cheating!” As if that were the only issue here. This scene removes Bruce’s humanity and reduces him to a bear on a unicycle, enduring incredible cruelty in the name of entertainment.

Also, as a side note, the lyrics of Bruce, the song they sing about him in the musical during this scene, are appalling:

“The time has come to put that tumbly tum to use.
You produce, Bruce,
Fantastically enthusiastic gastric juice! Oh …
Eat it up! Lick it up! Suck it up!
Whatever you do, don’t chuck it up and muck it up!”

“You’ll never again be subject to abuse
For your immense caboose,”

“No excuse, Bruce,
Let out your belt, I think you’ll want your trousers loose.
Ohhh stuff it in!”

So, here’s a thought: Cast a straight-sized actor as Bruce! Why is it important that this character is fat? It isn’t. Guess what? Thin people like cake too and could be just as likely to steal it. As for the argument that he needs to be fat to show just how messed up it is that Ms. Trunchable would force him to publicly eat to excess- we get it, she’s abusive! This punishment would be awful for a thin person too.

By the way, there is a whole other essay I could write about how the various depictions of Ms. Trunchable use fatness, and lack of femininity/ conventional attractiveness to convey her villainy, but I’ll save that for another day.

It would not derail the plot if Bruce were thin. In fact, it would likely enhance the viewing experience of fat audience members who are likely experiencing completely unnecessary shame and trauma. My intention here is not the erasure of real fat representation where it exists (pillows don’t count!) but to shift the focus of it from a character’s only contribution to a story to a descriptor that just so happens to be true for them. Let’s cast fat actors in leading “virtuous” roles, instead of habitually relegating them to be stereotyped at the sidelines. What if Miss Honey was a fat impactful educator? What if Matilda was a fat kid who was also brilliant and compassionate with an affinity for stories? Maybe then Roald Dahl’s Matilda the Musical would be a step toward nuanced fat representation, rather than a reductive step back.

It’s disheartening to me that across the many adaptations of Matilda that we’ve seen, creators reimagined so much of the original source material, but were unwilling to interrogate this glaring fatphobia. It’s 2023 now, we need to be more discerning about fat representation. 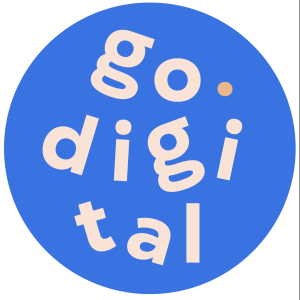